During this past week, Rand-Whitney Container was awarded the 2018 Manufacturer of the Year award for the Sixteenth Worcester District. The Massachusetts Manufacturing Extension Partnership (MassMEP), in conjunction with the Legislative Manufacturing Caucus, presented the Award on Monday, December 17th, 2018.

MassMEP is a collaborative group of government, business and academic partners. Their goal is to promote and grow manufacturing business in New England. They offer resources and support to a number of businesses throughout the state.

The group works closely with Legislative Manufacturing Caucus of the Massachusetts House of Representatives. The caucus was formed in 2014 and consists of 60 members of the House and Senate. This group serves as the Senate’s link to manufacturing issues in Massachusetts. 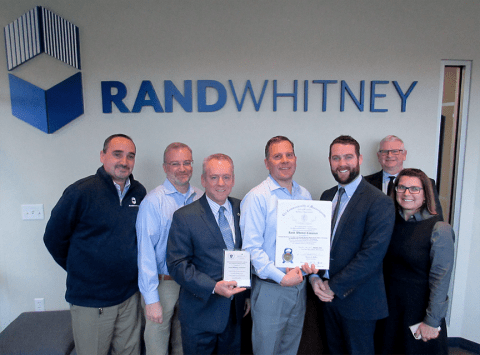 Ready To Get Started?

Talk with a Rand-Whitney packaging expert and let us help solve your biggest (or even smallest) packaging challenges.